Pow wow dancing: meaning of some of the dances

As I have had some requests through my site’s Facebook page, I thought I would write about Native American Pow wow dancing and the meaning of some dances. If you follow me on Facebook, then you know how much I love Pow wows! The dancing, the regalia, the music. I attend as many as I can. The music is music from the soul, it brings tears to my eyes at times or gives me chills. I listen to it in my car, at home, before I go to bed. I was not kidding when I said that I love Pow wows! 🙂 So here we go, all about Pow wows!

So as I said, I have covered the concept of Pow wows, what they are about and include in a different post. You can read it here. In a Pow wow, dancers come in in what is called The Grand Entry. If you go on my FB page, you can see videos of Grand Entries of some Pow wows I have attended (under videos). The Grand Entry begins with the head woman and man dancers followed by  Elders or guests and then men dancers followed by the women. Most dancers will be dancing (but not extremely as they need to keep their energy for the competitions!). There is nothing like seeing all the dancers on the floor at the same time. It is jaw dropping! Typically, in a one day Pow wow, there will be 2 Grand Entries, one at the beginning and one right after dinner time.

After the Grand Entry, you might then see a dance of the hosting tribe or nation. Representing their culture. Then, it is dancing time!! From my own experience, types of dances are called and dancers dancing that particular dance go on to compete. You will have women’s dances, men’s dances, youth’s dances, tiny tots (7 years old and below) as well as couple’s dances (typically one in which women select a partner and one in which men select a partner). So today, let’s cover some of those dances (along with pictures) to see what their meaning is. As to the untrained eye they might all look alike. But in reality, they all have their particularities. So here we go!

The men’s traditional dance is one of the oldest dances. It is often “animal” in nature. Meaning that the dance honors the different animals the Creator put on Earth and represents movements of the hunter, gatherer. Action oriented movements such as battling an enemy or hunting a game. There is no prescribed regalia but dancers will often wear regalia of their own creation. You will however see regalia with meaning for our ancestors. For example, men will wear breast plates made of bones or shells to protect against arrows, or a neck choker to protect against knives or have a tomahawk or a shield decorated with symbols associated with their tribe. Oftentimes, you will then see dancers low to the ground as though they are hunting. Moreover, some of them will wear a plate or bustle made of eagle feathers (it is quite impressive), the eagle being a sacred bird within the native culture. The eagle flies to the sky to bring our prayers to the Creator. The Eagle is the connection to the Creator. Eagle feathers should also always be given to you. Mine was given to me by an Elder. Below you will see the bustles I am referring to.

On to the women’s traditional! That particular dance is so graceful. I have seen it many times and I never get tired of it (as well as the jingle dress dancing). The women’s traditional dance is a very rhythmic dance, in which women basically repeat the same movements over and over again. It does not look like much to some but it is an excellent exercise for your calves! Women typically dance in a line or circle, side by side. They move their feet up and down close to the ground, in time with the drum. Movements are very precised. Women will also carry a folded shawl draped over one arm and a feather fan in their other hand (see picture below). They will raise their fan when they hear the “honor beats” (in other words the louder bangs on the drum) to honor the drum and their male relatives. Traditionally, they will also carry a knife case and an awl on their belt. And what to say about their dresses! Beautiful colors, beading often made by the dancer, representing their different tribes. Colors, patterns and flowers will vary according to the tribe.

Another one of my favorite (ok every single dance is my favorite….)! Multiple meanings or stories are associated with the grass dance. One of those is that men would dance in such manner to flatten the grass on a new camp or meeting site. They would dance on the site. In certain Pow wows, grass dancers are asked to “clear the floor” before dances begin, as they would for a new camp site. They bring good energy to the floor for the dancers. Some will also say that the grass dance was created by the Creator to represent balance in life and the need for it (movements are then made on both sides of the dancer). Some movements will be similar to the men’s traditional dance, such as hunting like movements or battling with an enemy movements. However, one of the most recognizable movement is one in which the dancer dances as though one of his legs is caught and unable to move. The dancer then dances with his leg in the “held” position (as though they are dancing around their leg). As for the regalia, well it consists of a base attire to which is attached ribbons of fabric, representing the grass (often very colorful) The head dress is comprised of two feathers that twirl or rock as the dancer dances. Finally, as with every dance, the dancers follow the beat of the drum and in the grass dance, end the dance with both feet on the ground on the last beat.

The men’s fancy dance often referred to simply as the men’s fancy is a treat to see! Be prepared for a show and a display from the men 🙂 It is a more modern dance and it is also an energetic one! They give it their all 🙂 A fancy dancer will then need stamina and agility as he will be jumping and twirling. The colors are bright, the regalia is elaborate. Think of peacocks dancing. Dancers often have two bustles of colorful feathers, ribbons, horse hair as well as bright head and arm bands. You really cannot miss a men’s fancy regalia, you see them from a mile away! The brighter the colors the better. A head dress of 2 eagle feathers (just like in the grass dance) is worn and you will see the dancers constantly moving their head as the feathers are supposed to be constantly moving throughout the song. And dancers will often carry a decorated coup stick. What is that you ask? Our ancestors carried a stick in battles. They would touch their enemies with their stick (called counting coups) without killing them. It was considered a significant sign of bravery. Finally, I have also seen dancers carry a decorated mirror which they will use during the dance.

The women’s shawl dance can also be called the women’s fancy. In some ways it is the female version of the men’s fancy. It is a more modern dance as well and women used to wear either a blanket or a shawl over their head (it used to be called the blanket dance). It is a very athletic dance which involves quick steps and lots of twirling. Women will use their shawl to accentuate the twirling, the shawl becoming an extension of their arms. At the end of the shawl there will often be ribbons to add to the regalia, the ribbons flying in the air as the woman twirls and kicks. If you have never seen the women’s fancy you are missing out! It seems to be one hell of a good cardio exercise as well! It is just a time for women to shine, to give it their all. And it is absolutely breathtaking. Just see the picture below.

So there you have it, 5 Pow wow dances for you! Any of you ever been to a Pow wow? Have you ever seen any of those dances live? Any other dances you would like to learn about? Comment below and I will answer 🙂 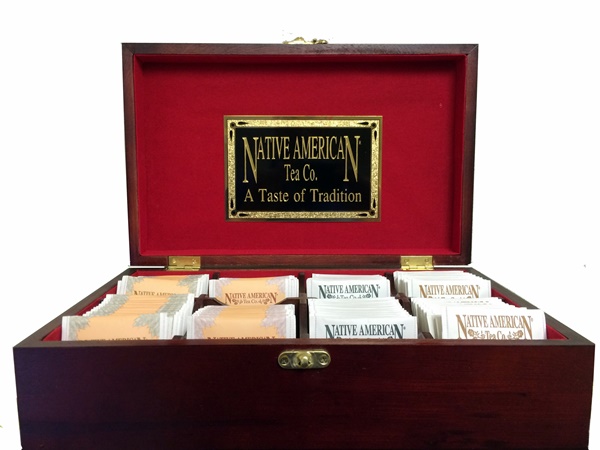